QRP - the art and science of low-power operation - is one of the most popular aspects of amateur radio. In the UK, the G QRP Club has been a leading light in this area of operation since its formation in 1974. Its journal, SPRAT is recognised as one of the world's leading QRP publications and it has now reached its 150th edition. This milestone is marked by this publication of this book, which is a selection the best of nearly four decades of low-power amateur radio circuits and ideas that have been published in SPRAT.

The Low Power Spratbook is divided into seven parts, covering transmitters, receivers, transceivers, antennas, ATUs, Morse keys and keyers, and a section for those circuits that do not fall happily into any particular part but which might best be categorised as 'miscellaneous'. Circuits vary in complexity from an "ultra-simple" 80m CW transceiver using just 14 parts to the more sophisticated 'Sparkford', designed by Walford Electronics and also for use on 80m CW. You will find early 'classics' within these pages, including the 'OXO' transmitter from 1981 and the 'ONER' dating from 1985 / 1986, both GM3OXX designs. The Low Power Spratbook also includes QRP classics such as versions of the 'FOXX' transceiver, the 'Pixie' in its various guises, the 'Epiphyte' and the 'Naxos'. All are presented as exact copies as they were originally printed.

The Low Power Spratbook will appeal to the dedicated QRP enthusiast through to all those who have never tried QRP construction work before. This book is a veritable gold mine of ingenious designs and circuits and provides a superb introduction and reference book dedicated to the art and science of low-power or QRP amateur radio. 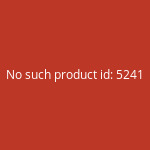